Take a look at our catalogue

“The members love it!”

How can you deliver excellent playing conditions on a highly frequented golf course throughout the year with a reasonable budget? That is what we asked Frank Müggenborg when we visited him at Golf Club Varus.

Frank Müggenborg is the Head Greenkeeper of GC Varus, and he knows the course very well, because he also worked in the greenkeeping team from 2004 to 2010. In the beginning of 2018, he returned to take over as Head Greenkeeper after gathering experience on other Golf courses.

GC Varus was built in 1997. On the 76 ha of land, you will find an 18-hole course and a 3-hole short course. The greens with a total of 1.3 ha are quite big, built according to USGA specifications and mowed at 4 mm. The summer greens are played on year-round as long as there is no frost. Greens and tees are irrigated with water from the Mittelland canal. Five staff members including the Head Greenkeeper are busy maintaining the course. They have all the machines they need for their work, however some of them will need to be replaced in the coming years.

There is a lot of activity on the course with 28,655 rounds played already in the beginning of August, and that is without counting tournaments. In the previous year, there was a total of 50,000 rounds played. The parking lot is always full and even in winter, many visitors love this golf course. This means a lot of traffic, especially for the greens.

Frank Müggenborg finished his Greenkeeper exam in 2009, he loves to play golf and volunteered at the last Porsche European Open at Green Eagle in the greenkeeping team.

When he took over as Head Greenkeeper in Varus in the beginning of 2018 it was clear to him, that the course had some issues that he needed to address. During the winter months, the course was regularly suffering from Fusarium and the greens were not in the best condition (See picture). Frank set the following goals for his new project:

Frank started to work with Ole Fynsk and TourTurf® products in 2019. At first, he started reducing thatch, that was build up on the greens. 3 cm of thatch in the top layer, holding excess moisture, was identified as one of the main causes of Fusarium, Dollar spot and dry patch. This was causing the greens to be very soft, often footprints were visible for more than half an hour.

A mechanical program including the use of crosstines, topdressing, verticutting in spring and increased rolling, started right away. The wetting agent TourTurf® FTE Respond Extreme Fine Turf Enhancer has been used for two years now to postpone irrigation as long as possible and distribute moisture equally throughout the rootzone. Four times per year, a combination of TourTurf® Thatch-Less ETD Enzyme Thatch Degrader and TourTurf® Thatch-Less FTD Fungi Thatch Degrader is applied to naturally break down the excess thatch and make the contained nutrients available for the turf plants.

Over the last two years, thatch has been significantly reduced on the treated greens. It’s about 1.5 cm now (see picture). The greens appear firm, you don’t sink in if you walk on them and the ball rolls straight.

Another problem identified, was the high amount of Poa annua in the sward. In 2019 there was about 85% Poa annua on the greens with little Agrostis. Poa annua has shallower roots, is more susceptible to disease and being an annual grass species, its seedheads can negatively influence the putting quality and visual aspect.

Frank started to overseed the greens three times per year with 2.2 g Agrostis / m² using a SpeedSeed machine with two spiked rollers, which is giving him a good result. The TourTurf® FTE Respond Extreme Fine Turf Enhancer helps with better Agrostis germination, giving a head start in comparison with Poa annua. The fertilizer plan was gradually adjusted to reduce nitrogen input from 28g/m² to 15g/m² this season.

You clearly notice the results! Now on most greens you will see 70% Agrostis and 30% Poa annua (See picture), a much healthier and resilient mixture providing a high-quality putting surface.

The susceptibility to turf diseases could be reduced. Fusarium during autumn and winter poses a major threat to plant health. In this regard, the reduction of thatch played a key role. Additionally, TourTurf® STA Sports Turf Acidifier is used in Spring and autumn to strengthen the plants.

In Summer, there is a very high risk for Dollar Spot infections, especially when the conditions are right (Warm days, high humidity, cool night temperatures). Frank is using a fertilizer plan that mostly includes organic fertilizers, micronutrients and regular balanced nutrition to give the turf everything it needs to cope with plant-stress.

If there is pressure with Anthracnose, a nutrient deficiency disease, Frank has had good results strengthening the plant with applications of TourTurf® BAP Bacteria Activo Plus as well as raising fertility slightly by applying a liquid fertilizer. During those times, timing is critical, and he tries to have a close eye on the greens every morning.

What are the results?

“The application of all those different products is a little bit more time-consuming, but it’s worth it!” says Frank.

Back in 2018 they had to make 6-7 fungicide applications. Now they are down to one or two applications per year. And there is only very little Dollar spot this summer.

The improvements in plant health have given Frank much more calmness, and he can concentrate on other important aspects of his work.

Golfers visiting GC Varus for the first time often say: “We’ll come back!”. The Golf course operator, asked about the improvements, comments: “The members love it!”. 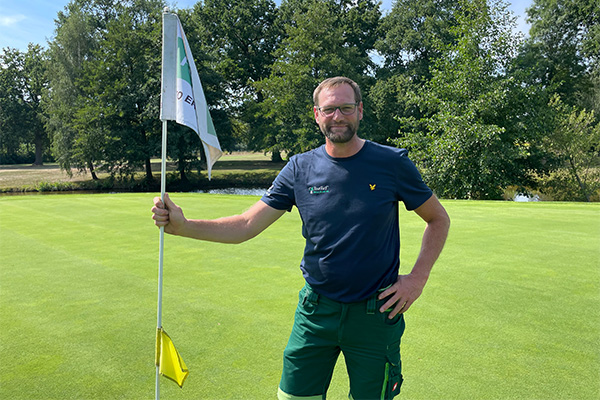 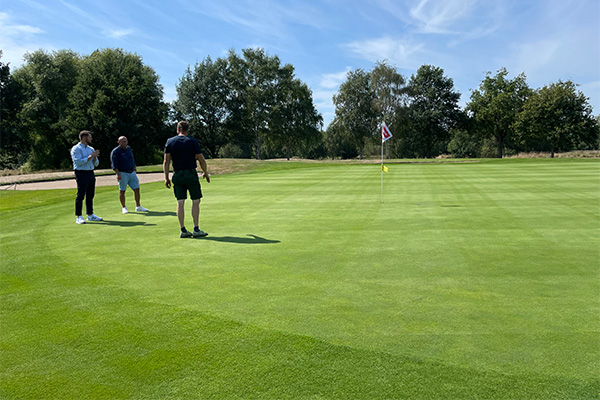 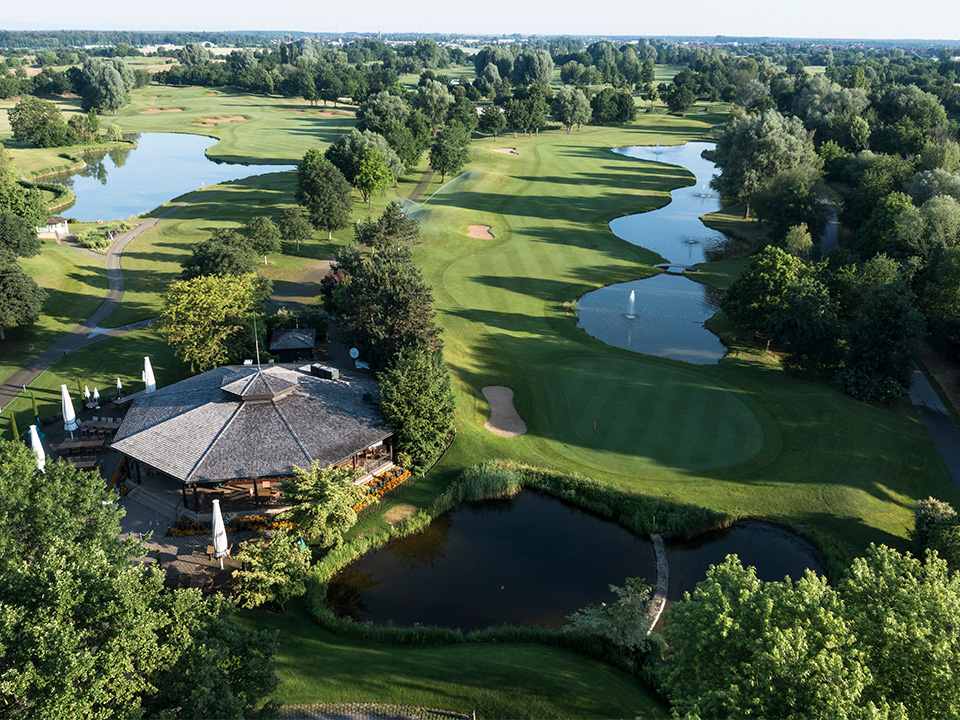 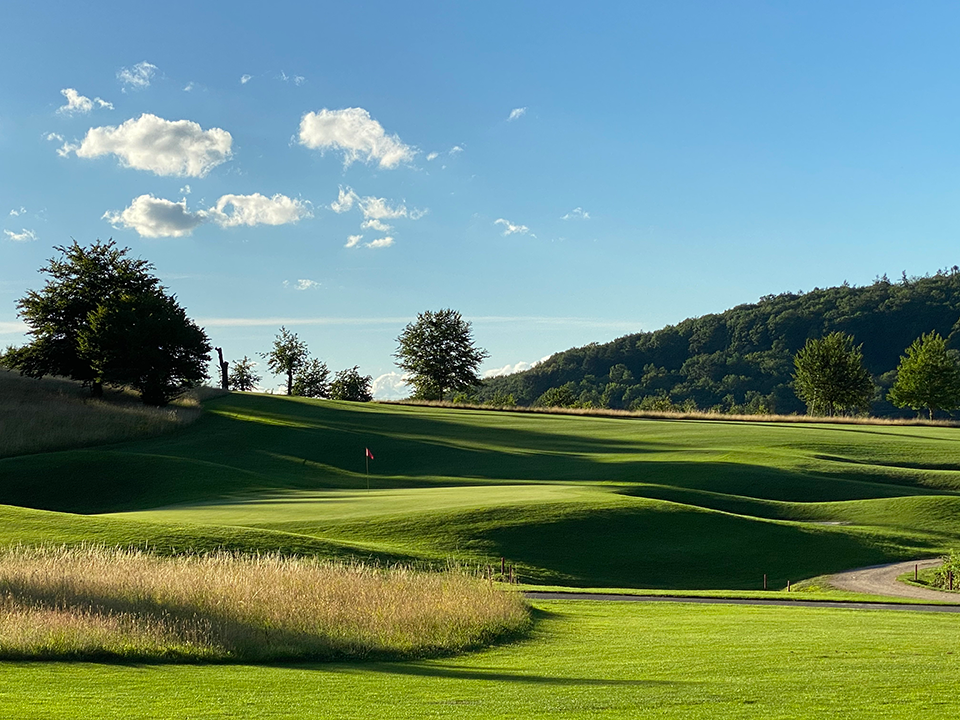 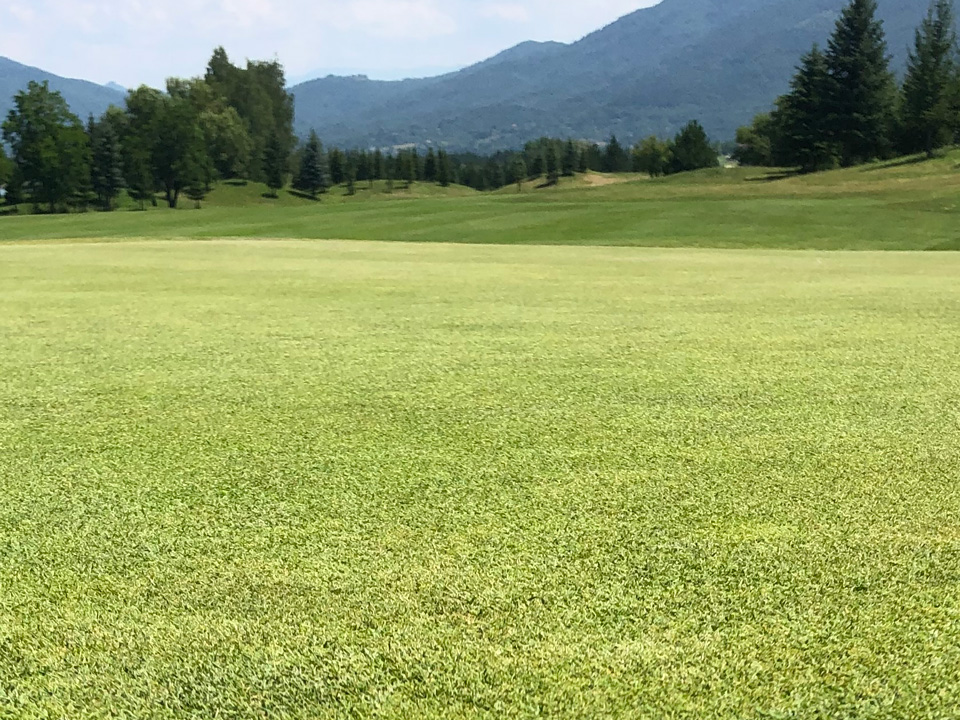